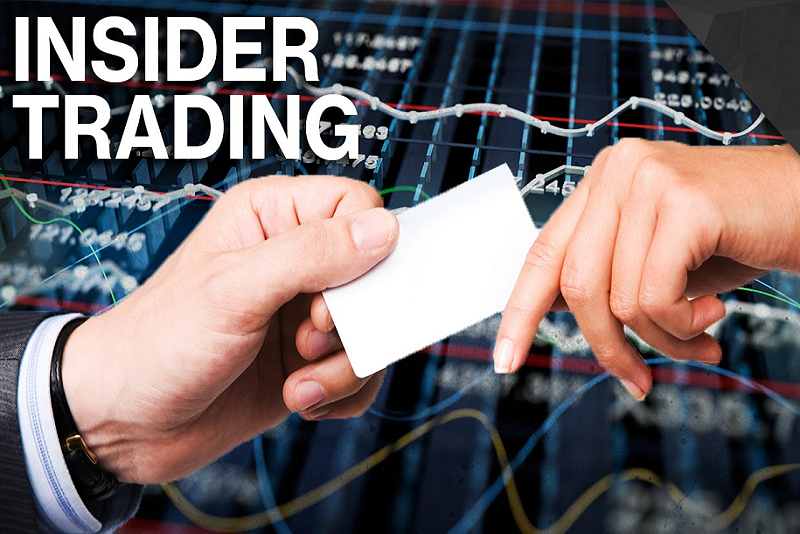 Former day trader Joseph Spera was charged by the SEC with making more than $1 million in illegal insider trading profits as part of a ring that allegedly stole confidential information from investment banks and clients so they could trade in advance of secondary stock offerings.

It's alleged that Spera and members of the ring posed as legitimate portfolio managers and induced investment bankers to bring them ''over the wall'' and share confidential information about upcoming secondary offerings. After promising they wouldn't disclose the nonpublic information to others or trade an issuer's stock before an offering was announced, they violated the agreements and tipped each other about the upcoming offerings - which were expected to inherently depress the price of the issuer's stock. The tippees then shorted the stock before an offering was publicly announced and assured themselves profits on the short sales after the stock price dropped.

The U.S. Attorney's Office for the District of New Jersey, meanwhile, has filed a parallel criminal action against Spera, who agreed to plead guilty.  Rounding out the insider trading ring were:

All told, Spera and his conspirators short-sold securities of at least 13 public companies between June 2010 and July 2013 based on information obtained from the alleged ringleader, Steven Fishoff, and others. Their insider trading ring generated approximately $5.5 million in illicit profits.

BACKGROUND INFO ON THE INSIDER TRADING SCHEME.   When an issuer whose securities are already publicly traded conducts an offering of additional securities, such an offering is commonly referred to as either a secondary or follow-on offering. Because there's already a public market for the issuer’s securities, an issuer’s plans for a secondary or follow-on offering must be kept in strict confidence until the offering is publicly announced in order to, among other things, protect the confidentiality of the issuer’s information.

While there generally are 3 different types of confidential secondary or follow-on offerings, most of the confidential offerings at issue in this case were confidentially marketed public offerings or “CMPOs” - where the offering is opened to public investors after the deal is publicly announced.

ESSENTIAL ELEMENTS OF THIS RING'S SCHEME.   Fishoff and, under his direction, Chernin and Costantin cultivated contacts at investment banks with the goal of ensuring that they would be on the list of prospective investors contacted to participate in securities offerings of the type described above. They did so by separately posing as portfolio managers of large 'legitimate' investment funds and pitching their interest in participating in an investment bank’s entire deal pipeline.

The ring targeted secondary share offerings by relatively small (i.e., “midmarket”) or thinly traded public companies; offerings in such market segments generally have an adverse impact on the market price when announced because they dilute the holdings of existing shareholders and are sold at a discount to the prevailing market price.

After establishing relationships with the investment banks and opening accounts, members of the ring were offered opportunities to participate in secondary offerings and, in turn, were brought over the wall and provided confidential offering information. On those occasions when they obtained such information, Fishoff or other members of the ring shorted the issuer's stock in advance of the offerings. The short sales were executed directly through non-custodial RVP-DVP accounts that were held a various brokerage firms and owned and/or controlled by Fishoff.

While getting advanced notice of securities offerings was the primary reason to develop relationships with investment banks, a secondary reason was to actually participate in such offerings. In those cases, the shares received by the Fishoff-controlled entities for which Chernin and Constantin were fronting - Gold Coast and Seaside, respectfully - were delivered to Featherwood's prime brokerage account and often were used to cover the short sales.

When Fishoff opened Featherwood's prime brokerage account, he executed DBA ("doing business as") attestation forms which confirmed that the account and the listed DBAs, - which include Gold Coast, Data Complete and Seaside, belonged to Featherwood and Fishoff. In the forms, Fishoff stated that he owned the DBAs and confirmed that, despite the numerous DBAs, the Featherwood account was a single account for margin and credit purposes.