Financialish TakeAways: The Price One Pays for Defending ‘a Lie’ 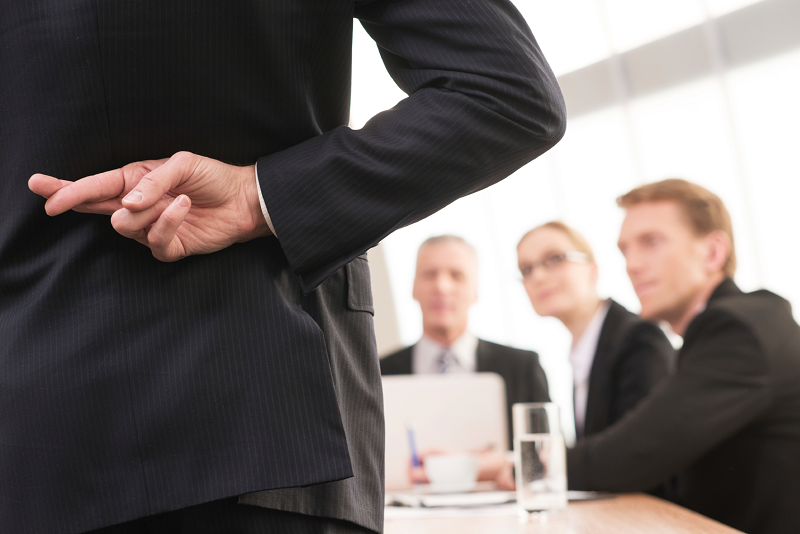 In 2 recent FINRA disciplinary actions, experienced brokers – each carrying Principal/Supervisory licenses - allegedly tried to pass off photocopied customer signatures as originals. One was barred from the industry (FINRA AWC #2014043695702). The other was fined $5K and suspended 3 months (FINRA AWC # 2012033566202).

How to account for the difference? The brokers took diverging paths when confronted with their ‘misdeeds’.

Jeffrey Smith Cuts His Losses.    While we don't know how and when FINRA learned of Smith’s apparent violations, we do know that Smith consented to FINRA’s sanctions and findings. And, in doing so, he effectively ‘cut his losses’.

Post script to Smith’s case: CRD records indicate that Smith has not been associated with a FINRA member firm since July 2016. So, for all we know, he may have been forced ‘to retire’ from the industry, which would far exceed the moderate terms of his fine and suspension.

William Garbarino Goes to Arbitration.    Garbarino’s problems with FINRA arose out of an employment-related arbitration dispute that he filed in 2009 after leaving Raymond James Financial Services for Lincoln Financial Advisors. During that arbitration case, which took 5 years to conclude, Garbarino is said to have falsely testified about the authenticity of customer signatures on ‘change of broker’ forms that his office submitted to annuity companies.

Operating on the presumption that Garbarino did, in fact, commit perjury during an FINRA arbitration hearing, it’s unfortunate to see that Garbarino’s initial violations – erroneously representing photocopies of customer signatures as originals, which would command a modest fine and suspension – had effectively morphed into the more serious charge of lying under oath, which is punishable by ouster from the industry.

Post script to Garbarino’s case:    Some of the facts and circumstances in this case are unclear. For example, how and when did Lincoln Financial learn that its associated person (Garbarino) had supposedly lied under oath during an arbitration session? (This discovery prompted the firm to U5 Garbarino in April 2017.) And, how and when was FINRA alerted to the allegation that Garbarino provided false testimony at the arbitration hearing? FINRA barred Garbarino in September 2017.

Both cases in this article were reported in FINRA Disciplinary Actions for November 2017.

For details on this case, go to ...  FINRA Disciplinary Actions Online, and refer to the Respective Case Number.