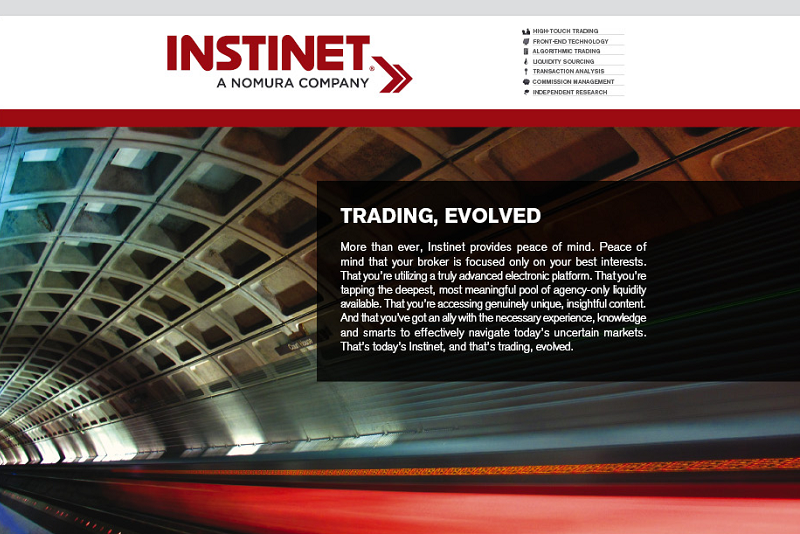 The Market Access Rule requires broker-dealers (“B/Ds”) that provide their customers access to an exchange or alternative trading system to adequately control the financial and regulatory risks of providing such access. The rule is designed to ensure that B/Ds appropriately control the risks associated with market access, so as not to jeopardize their own financial condition, that of other market participants, the integrity of trading on the securities markets, and the stability of the financial system.

FINDINGS BY FINRA AND EXCHANGES.    Instinet provided market access to numerous clients, and regulators found that, during the review period (prior to January 2014), the firm: (i) failed to supervise trading to detect and prevent potentially violative and manipulative activity; and, (ii) failed to implement financial and regulatory risk management controls and procedures reasonably designed to prevent the entry of erroneous or duplicative orders, orders that exceeded appropriate pre-set credit or capital thresholds, or erroneous messaging activity resulting from malfunctioning customer algorithms and trading systems.

Prior to January 2014, INCA employed an exception report that only generated exceptions on a per order/cancellation basis, and did not take into account multiple non-bona fide orders by the same customer.

►    thus, an exception would trigger only if an individual order/cancellation exceeded 10% of the relevant security's ADV; and,

►    as a result, INCA failed to detect 75 potential instances of pre-opening spoofing by 2 Market Access Clients.

However, from January 2013 through December 2013, INCA failed to enforce this procedure. While the firm pre-approved and authorized the principals for the account of 2 of its Market Access Clients:

►    INCA failed to pre-approve the individual traders utilizing INCA's MPID to access the market and, therefore, did not know the identity of the underlying trader.

WASH TRADING.    During the Review Period, INCA had 2 systemic controls to detect potential wash trading by its customers: (i) a system operated by its parent company, Nomura Securities International; and, (ii) its own proprietary alert system.

However, INCA was unable to determine if the noted exceptions were valid for the Market Access Clients noted above.

►    for those Market Access Clients, INCA did not know the identity of the underlying trader utilizing its MPID and, therefore, could not determine if the same trader was on both sides of a transaction or if one trader was using multiple trader IDs to engage in wash trading;

►    thus, INCA relied on its Market Access Clients to determine if beneficial ownership had changed during the relevant trade and report the occurrence of wash trading; and,

►    ​INCA took wholly inadequate steps to follow-up with the Market Access Clients to verify that beneficial ownership had changed when a wash trade exception was detected.

►    INCA's prop alert system improperly excluded potential instances of layering or spoofing where a market participant enters and cancels a series of orders that improve the National Best Bid or Offer ("NBBO"), ignoring a significant number of non-bona fide orders entered as part of a potential layering or spoofing strategy;

►    and there were several deficiencies with INCA's WSPs related to its follow-up and review of exceptions flagged by its prop surveillance systems;

►    and there were no WSPs to address exceptions detected by Nomura's 3rd-party surveillance system;

►    ​as a result, 6 Market Access Clients were allowed to engage in potential layering and spoofing unabated despite regularly appearing on INCA's and Nomura's exception reports.