With the release of FINRA's Annual Financial Report for 2016 and the Management Compensation Committee Report (page 27-28), gawkers and broker-dealer members alike can espy compensation payouts to the regulator's most senior executives. Depending on one's vantage point, it can either be a fascinating or a frustrating experience. 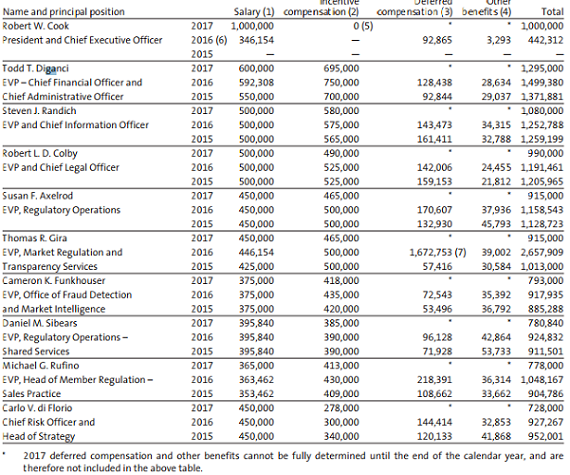 ►  Incentive compensation is an additional “at-risk” compensation that is performance-based and determined in relation to individual achievements and FINRA’s overall performance. Size of actual award varies based on goal achievement, performance, grade level and degree of responsibility within the organization.